An early article, which although dated, offers some analysis if what young people (7-11) can be capable of in the sphere of political learning.

“Young children are capable of holding fairly sophisticated political concepts and of developing political skills, particularly if both are derived from the direct experiences of the child.” (p. 131)

“Children need first to describe and discuss their own personal experiences: the teacher’s role is to encourage everyone that their knowledge is a valid starting point for discussion … not necessarily to introduce new vocabulary to the child, but often to use children’s own expressions to help them clarify ideas.  The teacher cannot ‘teach’ concepts by defining them: they are built up slowly by the child accumulating a battery of examples and beginning to note the similarities.” (p. 134)

A wide-ranging survey of the then current literature on political socialisation in this age group, with examples drawn from isolated examples of current practice in the UK.

The chapter “move[s] from the evidence that shows the political understandings that nearly all children show, and the undoubted political competence that some children can achieve, to consider in what curricular guise political education will probably occur in schools." (p 22)

This analysis of the social subjects’ place in the curriculum was written in the months before the National Curriculum was announced, and offers an account of the ‘state of play’ at that critical juncture.  It analyses the respective roles of the Local Education Authorities, the Schools Council, the Inspectorate and the schools in developing the social subjects – or perhaps the social sciences – as ‘synthesizers’, ‘restructuralists’ and ‘particularists’, particularly in the light of the rapidly changing ethnic diversity of schools at this time.

“The initiative [of the synthesizers] provoked a series of rejoinders, both from those who sought to reassert the primacy of traditional subject divisions, and from those who wanted to redefine the social subjects as a convenient way of developing social skills. As yet, these reconstructionists are ill-coordinated and have not put forward any strongly argued and practical counter-proposals: but there would probably be a fair-sized body of primary teachers who would respond to a call to reintroduce the traditional subjects, taught in a traditional manner.”  (p 217)

Five years later, and the social subjects had become covert fugitives from the regime of the National Curriculum. This essay was written as part of a Festschriften for Alan Blyth, a pioneer of social studies from 1945 till well after his retirement in 1985.  As I note, not only had the ‘social subjects’ disappeared from the then formulations of the National Curriculum, but as had the word ‘society’ itself.  A chart in this chapter (pp 139-141) shows how the primary school curriculum had been divided and labelled from 1967 to 1991.

“Most primary teachers have an intuitive, rather than a well-articulated, view of the social in the curriculum. Only a minority have the energy, the analysis, or indeed the courage, to weld a social studies curriculum out of the jigsaw of the National Curriculum’s foundation subject and the whole curriculum’s themes.” (p 153)

“Not only are the social subjects a necessary part of the whole curriculum, they are already available, in a pice-mean form, within the existing skeleton of the national and the whole curriculum. The only way of making them sufficiently explicit, and this achievable, will be to draw the disparate parts together, and offer this as something not only greater than its parts, but also simpler than its parts.” (p. 154)

A review of the curricular changes in the social studies curriculum from the 1960 to the roll-out of the 1988 National Curriculum in England, that argues that it was essential to maintain a social studies dimension. The argument focuses on the primary and middle years of education, examining UK and international trends in the 70s and early 80s, and the attack on social studies from right-wing commentators in Thatcher’s Britain in the late 80s and early 90s.

“The social elements of the curriculum … changed radically with the imposition of the National Curriculum. One view might be that they were … disposed of, [through] ‘benign neglect’, then frozen out of discussion, and finally legislated into oblivion. A counter view might be that they were translated into other disciplines … by interested professionals acting in a subversive manner to colonise the new curriculum. But alternative might be that many of the themes and concerns that were hitherto located within the social parts of the curriculum were subtly reformulated and reintroduced … in the cross-curricular themes.” (p. 77)

An analysis of the UK Government’s assertion that the ‘Whole Curriculum’ was broader and greater than the National Curriculum, and that cross-curricular themes would provide this.  The documentation of these themes are analysed, and it is suggested that they largely were structured to develop a sense of individual responsibility among young people, rather than offer any broader social perspectives: the individual is made the author of their own misfortune. This is coupled to curriculum initiatives to ‘invent’ a national heritage.

“These elements do not simply offer a framework that mirrors the social experiences of our communities. They reorder the curriculum, so that children will learn more about their own individual obligations and responsibilities than about the social organizations that offer them rights. …The National Curriculum, and the Whole Curriculum that surrounds it, is an attempt to invent traditions that deny community, welfare and social action.” (p. 98)

Ross, A. and C. Roland-Levy (2003)  Growing up politically in Europe Today. In C. Roland-Levy and A. Ross (Eds.) Political Learning and Citizenship in Europe, pp 1-16. Stoke on Trent: Trentham.

This was the third book in the CiCe series European Issues in Children’s Identity and Citizenship (8 volumes, between 2002 and 2008: see also A European Education, under Citizenship Education, below). In the introduction we draw attention to the construct of young peoples’ political identity, as taking place from an early age, and the way that this will be set among a range of identities.

“The sequence of construction [of different identities] is contingent on the social and political circumstances in which the individual grows up. …. A political identity … will include, inter alia, aspects of identity theta relate to particular geographical localities (such as municipalities, nations and regions), as well as aspects that relate to membership of a particular social group that may act politically (a socio-economic class, a linguistic group, or a particular ethnicity.  These will frequently overlap.”( p 2)

We give an example of a bilingual Turkish/German origin 13 year old girl having many reference groups for her identities: “each of these reference groups brings with it different sets of duties and obligations, and different definitions of whom she will include in the reference group, and who falls outside it. She will expect different rights from the various groups and from the individuals in those groups, and she will expect different degrees of participation in decision-making processes in each setting. She will inevitably find some of these demands are sometimes incompatible, and will have to give priority, in a particular setting, to acting one way or another: she will live contingently.”  pp 4-5)

This chapter explores the development o political education in the UK curriculum, and then the citizenship education in the UK and Europe in the 1997-2003 period. This is set in a discussion about the relative merits of a concept-bases curriculum and an issues-based curriculum; a “delicate balance” (p. 29) is suggested.

“a variety of elements [must be] present: experiences, issues, concepts and structures and processes.  … All of these are necessary components – not a single one can be left out- and the sequence is critical” (p 30)

“if we are to get away from safe teaching about structures and processes, about the neutral and the bland, then we need to ensure teachers re equipped with a wide conceptual understanding, with a knowledge of the issues that might illustrate these, and with the skills to manage covering the issues of participatory democracy through handling classroom political debate.” (pp 32-33)

Findings from a survey of 11-17 year olds in in Poland, Spain, Turkey and the UK that sought to explore the reality of the supposed ‘democratic deficit’ of young people. We suggest that young people behave very similarly to adults in how they define their political activities and expectations, and discuss possible educational responses to the intentions they describe. 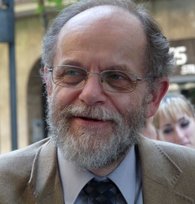 Professor of Politics and Education

This website is in the process of being moved from alistairross.eu

... another BREXIT casualty - I will no longer be allowed a .eu website.

but I remain a European! 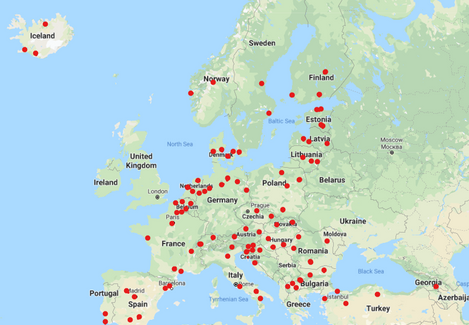 I'm a (part-time) Senior Professor in Politics and Education, in the School of Social Sciences at London Metropolitan University.

I also have a Jean Monnet (ad personam) Chair in Citizenship Education in Europe, and am a Fellow of the Academy of Social Sciences (UK).

I  used to be the Director of Institute for Policy Studies in Education (IPSE) at London Metropolitan, from 2000 to 2009, and I also established the Children's Identity and Citizenship in Europe Academic Network for the European Commission in 1998, and directed this till 2008.

I retired from full-time employment in the summer of 2009, since when I’ve been conducting a personal research study of how young people in Europe construct their political identities – locally, in their own state, as Europeans, and globally. I continue to be interested in researching and promoting policies for social justice and equity in education.

(click on the link below, or on the tabs at the top of the page)

the progress of my current major project, on how young people in Europe construct their political identities - with respect to their town, region, country/nation, Europe and beyond. This has covered 30 counties so far, 105 different places - see the map to the left -  and small group discussions with over 2000 young people between 11 and 20 – and it’s planned to grow further.  Two pages:

Three pages on other aspects of my activities

- it may take time before I reply, but I will get back to you.